“High stakes” is one of those phrases that gets flung at writers a lot.

We know our stories are supposed to have them.  “Life and death” is the go-to metric for the kind of stakes that seem the highest. But how do we lift our stakes to this level if we’re not writing the kind of story in which murder or fatal disease figure anywhere in the plot?

Must we always strive for life and death stakes, even when it feels forced?

And, conversely, are there stakes we can aim for that rise even higher than life and death?

How do the stakes in our storytelling measure up? And how can we turn up the heat, if needed? That's the topic of today’s talk.

Ten things to ask yourself—about you

We have a little saying in the Path of the Storyteller community: Know your tendencies!

I'm not the first person to advise this, of course. Socrates memorably advised his followers to “know thyself,” and probably some of them weren’t even writers!

But you and I are writers. And, In the pursuit of being ever better at what we do I'd say we have a particular responsibility to be curious observers of ourselves, in ways both mundane and deep: our work habits, our sensory life, our favorite phrases (kill your darlings!), our blind spots, our noble excuses, our enduring themes.

Writers live for feedback, but If we don't take the time to know ourselves, who else will? In this livestream I run down a list of the top ten ways writers must know themselves. These are questions only you can answer! Can you guess what they are? Listen in and find out.

The cure for sick writing

Do your characters sigh a lot?

Do they roll their eyes? Catch their breath?

Do their hearts race and their stomachs tighten?

Do chills and goosebumps frequently arise on their tingling skin?

My dear storyteller, you are not alone!

Who else does this? So. Many. Writers. It’s practically a rite of passage for writers to start out their illustrious careers by generating prose that is jam-packed with this kind of stuff.

I call it symptomatic writing. In real life we’d head off to the urgent care to find out what’s wrong. In fiction, our well-intentioned efforts to put emotion on the page can too easily result in all this clichéd physical expression, which quickly becomes tedious (even to us).

What’s worse: A bad case of symptomatic writing deprives our readers of...

The question of where we writers end and our writing begins has been coming up a lot, lately.

I talked about it a bit last week when discussing why our heroes might tend to be passive as we learn how to cut that fictional umbilical cord between the observing, interpretive stance of the writer and the active, transforming role of the fictional hero we’re writing about.

Another great question recently came in from a member of the Path of the Storyteller community, who wonders whether the narrator of our books is, fundamentally, us?

Today I’d like to talk about this fascinating and somewhat metaphysical topic: Who is the narrator of our books?

Is it us? Is it some nameless entity we invent? Does this entity always lurk there beneath whatever mask we place over it (a first person narrator, perhaps, or an intrusive narrator?), or is it a unique and temporary construction that we erect for each book?

Is your hero a couch potato?

Have you ever been told your protagonist is too “passive?” If so, please know that you’re not alone. The passive hero problem is one that many (and I mean, MANY) writers have to work their way through.

What do I mean by passive?

One of the principles I teach my Path of the Storyteller students is the virtue of structuring your story around a single, iconic protagonist on a single, well-defined “mission.”

You can think of the mission as an actively pursued and highly particular purpose. It’s a goal that’s sufficiently well-delineated that, once your readers know about it (which they will, by the end of the first act), there’s an end-of-second-act scene that they can anticipate so clearly, it's like we've made them a promise to get there. And get there we must.

There’s a ton more to say about it, but for the moment, let's use that hero-on-a-mission principle as a simple working definition of plot. What's your hero doing for the whole book? That's the plot.

But you know and I know that novels are not bare-bones affairs. Even highly focused, novella-length works (I’m thinking about A Christmas Carol ...

Revision has a reason

Last week in the Storytellers’ Circle weekly coaching session, I offered a quick lesson in revision that was inspired, once more, by George Saunders’ marvelous book of essays, A Swim in the Pond in the Rain.

Saunders offers close reads of some well-loved Russian short stories with the intent of illuminating what good writing is and does. What’s not to like about that? I love the book and recommend it. But I did find myself stumbling over one section.

After offering before-and-after versions of the same sentence, one of which is clearly better than the other, Saunders explains how he knows it's better: He prefers it.

Now, even as a kid I was never a fan of “because I said so” as a reason for anything. So this caught my eye right away!

And Saunders is not being glib, either. He’s reporting back from within his own writing and revision process, and urges other writers to be similarly observant and responsive...

What makes it a “classic?”

Last week I raised the question of what makes creative work endure because I was thinking about Shakespeare. But did Shakespeare set out to write “classic” plays?

In his professional life he was an ever-hustling playwright-slash-entrepreneur, his time stretched (thinly, we can only imagine) between churning out the plays that kept his company afloat and the ceaseless daily business of running a theatre.

Talk about slings and arrows! Shakespeare dealt with snide critics, box office receipts, actors who went off-script, not to mention the recurrent bouts of plague that closed London’s theaters for months at a time.

Creatively, he walked the fine line between writing from the heart while finessing the sensitivities of his royal patrons. His work had to engage the nobility at court and the commoners, too, including the “groundlings” who paid a mere penny to stand there,... 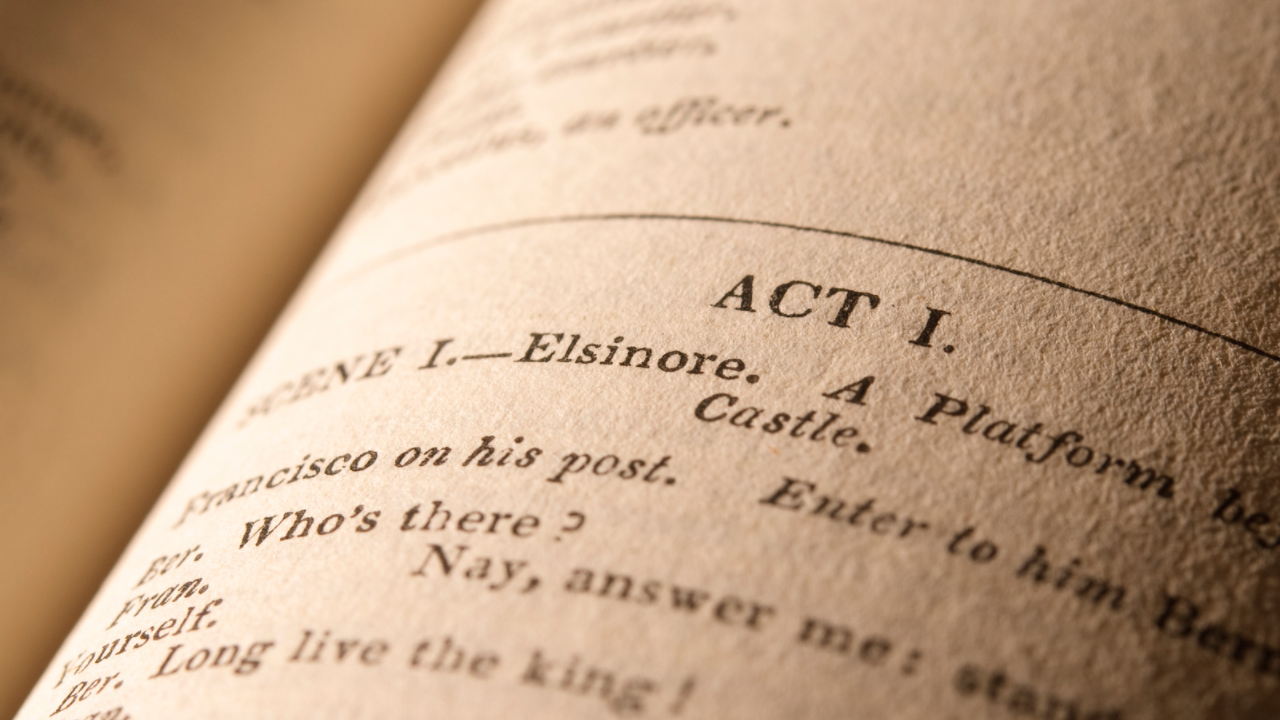 Saturday is April 23rd, the day traditionally celebrated as Shakespeare’s birthday. It may not be perfectly accurate but it’s close enough, as the first historical record of the man from Stratford is his baptismal record, dated April 26th, 1564.

Given the usual practices of the era, to back-date his his birth three days prior to the baptism is as good a guess as any. There’s also the bittersweet symmetry of his death date, which is known to be April 23rd, 1616.

Shakespeare was 52 years old when he died.

He’d had a successful and prosperous career, but fully half of his performed plays had not yet been published at the time of his death.

That task fell to a couple of his long-time actors and friends, John Heminge and Henry Condell, who assembled and edited all the scripts they could lay hands on and published them in 1623, in a volume we now call the First Folio.

Without the First Folio, the text of eighteen of Shakespeare’s plays...

I’ve been reading George Saunders’ terrific collection of essays about Russian short fiction, A Swim in a Pond in the Rain. It’s a book about what makes writing good with an interesting limitation, which is that the work held up for analysis is offered in English translation and Saunders doesn’t speak Russian.

Saunders notes the shakiness of the project when he describes the day a Russian scholar visits his classroom to explain how the tale currently under examination reads in the original Russian.

Saunders and his students are flabbergasted to confront just how much of the author’s intent has been lost to them. The jokes! The wordplay! The voice! None of it survives intact. The version of the story they’re scrutinizing for clues about good...